Blue Planet Run Foundation’s Annette Fay went to Kenya to attend the African Women and Water Conference in June 2008. 15 pairs of women were being trained in water technologies so that they could go back to their communities and start water projects.

As part of the conference, these women were also trained by Annette on using PWX to manage their funds, projects, and learn and share. Here’s Annette’s report.

The first ever African Women and Water Conference was amazing! Set at the Greenbelt Center, home of Nobel Laureaute Wangari Maathai’s Greenbelt Movement to plant trees to improve the environment. Hers is a potent story of a female living her beliefs, despite the myriad challenges she faced in doing so. She has created real change in Kenya and is an inspiring example for all women.

The African Women and Water Conference was an incredible gathering of 30 women from all over Africa. All of these women were eager to learn, so that they could return to their communities and share what they learned here with their friends and family. Everyone was industrious and intelligent and welcoming. The schedule was packed with activities, from 7 AM to 10:30 PM but this didn’t deter anyone! Every new thing they could learn, the women were inquisitive and present. Between activities, they broke into song and dance, which always helped to get the blood flowing again. They learned new technologies and how to implement them, how to write business plans, how to test if water is safe to drink, how to make and use Solar Cookits and how to use PWX, among many other things. 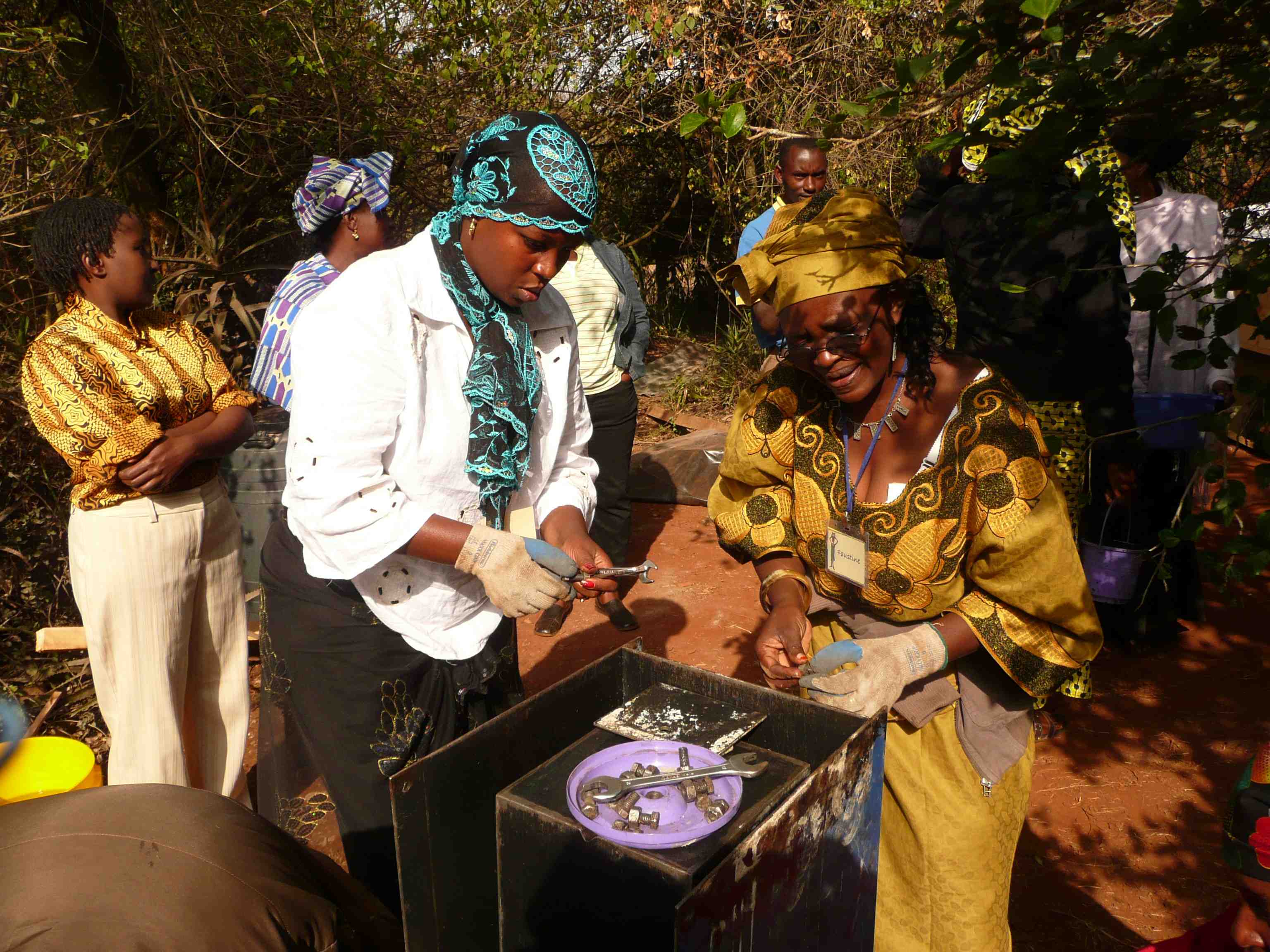 PWX: Because of the packed schedule, I gave a short introduction on Day 2 of PWX. In the evenings of Days 2-5, I sat down with each participant to further explain the Peer Water Exchange. I got the sense that only 2 pairs will have real challenges because they don’t use computers frequently. Luckily, though, both of these pairs have office mates that they said are savvy enough to participate in their place. I’ve sent everyone home with handouts explaining PWX and the BioSand filter trainer, Mariah, is going to visit each pair during this year for follow-up support. The rest of the women were excited at the prospect of joining a global network and that the application is standard.

I heard some horror stories: Pastoral women having nowhere to urinate and waking up at 4 AM to go collect water and relieve themselves. Then by midday having to again walk out into the desert at a distance from their family to lie down just to relieve themselves, then returning ashamed and having to change their now soiled dress. Water privatization making water inaccessible to most because it raises prices. Male water vendors dominating the communal water points, so women have to wait in line for too long. Women getting beaten when they go home because they wait so long that it appears to the husbands that they’re cheating on them. Desperate women exchanging sex for water to avoid the line. Every single women agreed, and took for granted, that water is women’s responsibility and that it’s a problem. 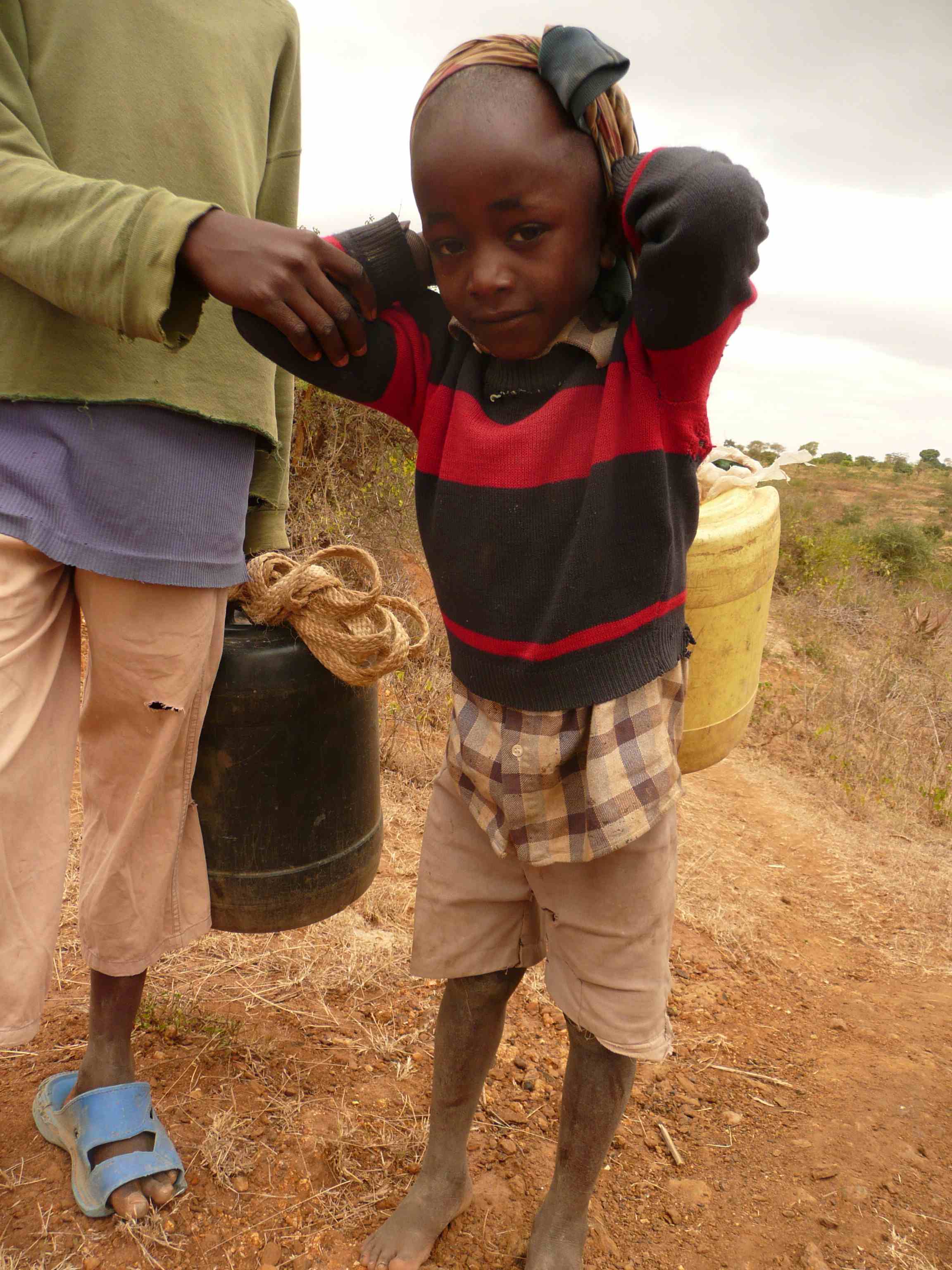 We learned about the importance of investing time to teach a community how to use new technologies. Example, (one of the trainers an incredible woman aptly renamed on the first day) Mama Solar’s son cut headlights out of her first Solar Cook-it to make a toy truck. (This is a solar cooker simply made of carboard and one side is reinforced with aluminum foil or a reflective surface.) On the last day, we went to see a Sand Dam built by the Greenbelt Movement six years earlier. At our closing reception the night before, Wangari Maathai told us she’d just seen pictures of the current state of the Sand Dam. She was discouraged when she shared this with us, because they’re barely functioning – the community hasn’t taken the extra steps to own the project and maintain them. The project has essentially failed.

The importance of working with grassroots women who are usually left out of the real discussions in development was reinforced throughout the conference. One of the greatest things about PWX is that it is trying to solve this problem and I’m looking forward to supporting this transition as much as I can. Thanks BPR!

2 Replies to “PWX taught at African Women and Water Conference”